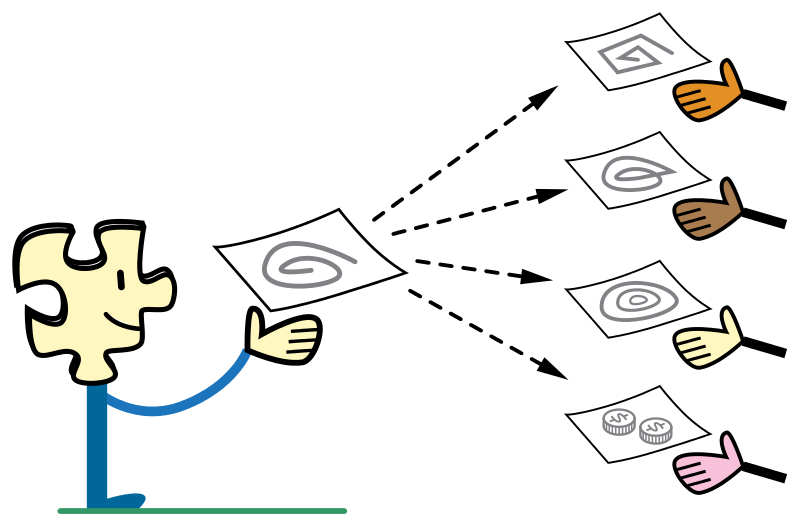 ParaView is open source, freely available for everybody - and if you have questions, just ask the friendly people at Kitware Ltd. through the available forums: Isn't that great? I for myself like it very much - and say thank you for all the support that I was able to receive from that side! But how is it possible? Why does not everybody publish each and every software for free? Well, even programmers need something to eat, a place to live and somebody to care for their health and old age - and with this things are getting a bit more complicated.

I want to share with you some reasonings about software licensing, fees and open source software which are actually standing behind AthosGEO View and Blend and the way how they are published by cobo GmbH. Let me start with the general question "What is a software?" Put very simply, I can see two possible points of view that are very different and both very valid at the same time:

In legal terms, the first of the two points of view would be covered by copyright while the second is the domain of patent law. But due to the fact that both points of view are valid in the case of software development, the legal situation is not so easy - and there is also a difference of basic understanding between America and Europe:

I must admit that for me the European version makes relatively much more sense. Being a geologist myself, I am glad that geology by itself is not patented but freely useable by anybody! Which does not exclude the possibility to offer services to people who need a geologist and earn a living with it. Or also not the possibility for a company to keep their exploration results for their exclusive use. However, the American version tends to be globally more and more accepted due to economic predominance, and also the copyright is more and more interpreted as being a law to enforce exclusivity at the expense of public access and free development. All this cannot be changed or very much influenced by a limited number of people. Instead, a practical solution needs to be found in real life that is a compromise between an ideal solution and the available legal constraints and possibilities.

For software, available legal models can be roughly classified in the following groups:

For me all these models have their proper justification, depending on the specific circumstances.

The first two open source models are the most beneficial for the general public, but they do not include anything about how service and maintenance will be funded and provided - which is a reason why many companies do not allow open source software internally. A rather bad reason in my opinion because there are plenty of ways to provide support, maintenance and development anyway - actually many more than for any other kind of license! It can be provided by companies such as Kitware Ltd. (the maintainers of ParaView and other softwares), or like currently done by cobo GmbH for AthosGEO View. Even in the case that one company providing support goes out of business, another one would be able to take it up. Foundations are another way to open up development options - like it is happening with softwares like LibreOffice, QGIS or Mozilla, or for a website such as Wikipedia.

Little side remark at this point: If sponsors for a foundation can be found, cobo GmbH would be ready to contribute the property rights of AthosGEO, including both AthosGEO View and AthosGEO Blend, into a foundation based project that maintains the general availability of the tools.

The third model gives the maximum of freedom to the software provider: He can charge license fees from the user - without any further obligation than providing the software. But the provider has also the freedom to define the meaning of license fee in a different way - like cobo GmbH is doing it currently for AthosGEO Blend: We do not want to charge the user for the work that has been done for writing the software in the past. It's done, it exists, and copying it is (almost) no work.

Instead we want to use license income for building a future - improving the software and developing new features! Regarding this further development you will see another blog contribution here in this place - with specific proposals and the possibility to open a discussion.

Summarizing finally the licensing subject with special reference to AthosGEO: