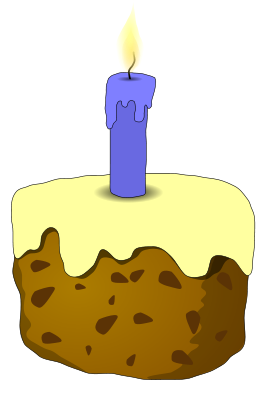 Keeping my promise: The next blog is here - and we are going to talk about next developments for AthosGEO Blend. My previous blog (yesterday) about licensing and selling software was kind of an introduction. But first let's celebrate our first little anniversary: The first year of operational life of AthosGEO Blend in a cement plant! Others followed, and further development looks steady and promising so far. It is not just one location or region: After one year of operation, AthosGEO Blend is operational on 3 continents - Europe, America and Asia.

Which gives me the opportunity to send a big thank you to all those pioneers of AthosGEO Blend throughout the world: They stepped into the challenge of going with a brand new tool, with still a lot of fine tuning, development and occasionally even bug fixing going on. But only together with this kind of pioneers, the entire mission of improving cement raw materials management all over the world has a chance to prosper.

The same is true for the partners: a big thank also to their address! Without their efforts it would not have been possible that cobo GmbH has a main focus on software support and maintenance and some training - knowing very well that software alone is nothing without the good work in the plants and operations.

From both partners and pioneer users I received a lot of feedback also regarding possible new software features, and in the following I want to present you some of them. I will present more than what can be part of the next round of updates, so priorizing will be an important question that I am also asking here with this blog: Please use the commenting facility to add your views, opinions, priorities, ideas and whatever you want to share! And if there are things you do not want to share, just send me a message through the contact facility of the web site (or directly to my mail address if you have it).

An online issue tracker. So far users sent mails or other messages describing problems or potential problems, often together with data that I needed for reproducing the issues. If further discussions are required, things tend to get mixed with other messages and it is getting tedious to collect messages and data related to one and the same issue in one single place. And there will be issues also in the future - from "have a look once you find time" to even "mission critical", so we will need an online issue tracker. Such systems do exist and need to be evaluated. They typically come with the possibility to have issue related discussions directly within the system, and also the option to post certain messages or data confidentially. This will definitely be a way to improve support quality.

A general discussion forum. This has a technical side - find a system, evaluate and implement. And a maintenance side: It normally requires that somebody has an eye on it regularly. However, if I only take many of the one-to-one emails that I receive and answer: If a part of them would go into that forum it would be a benefit for all! Because I could answer there just as easily as sending mails or other messages, but others may give additional comments, or they benefit from solutions that others have already found. This would mainly be an added value for users, so please tell me if you want it!

Block merging filter. This would be a filter plugin that takes a block model, asks for a "category" (like Level, Geology, Code or whatever) and merges vertically adjacent blocks like shown in the sketch. This is useful because a block model for scheduling should best follow the benches that will actually be mined, while software for calculating block models does not always allow for vertically irregular blocking.

The current optimizer and scheduler are ready to handle such kind of models properly already now. So far the only problem was that users were not easily able to generate them: This new filter would make it much easier.

Short term planner. The purpose is daily load and haul planning based on blast hole sampling analysis data. It complements the existing optimizer and scheduler because it supports daily delivery of plannings from the scheduler. The idea is to import tables with blast hole sampling data, together with georeferencing information (X, Y and Z coordinates) and tonnages, and calculate daily schedules based on these data. Details need to be specified still, like how to easily add new data sets to already imported data from last week or whenever, and how to easily finetune the scheduling - like preferences, blast piles to take first or others not to take at all at the moment. Having such a tool integrated within AthosGEO Blend would of course allow to always also visualize the block model, topo and other objects at the same time, turning them on and off as required.

Sensitivity Analysis. The idea is to use the existing optimizer tool, but run it a number of times with varying mix or corrective constraints. The result would be a curve that shows "maximum achievable tonnage" as a function of one specific parameter. This parameter can be maximum allowable MgO, lime saturation, a maximum on sand usage or a minimum usage of a specific alternative raw material: For all these it would be possible to tell what would be their impact if they were changed. The trigger could be considerations at management level to go for a new product with different quality constraints, or the potential use of an alternative corrective material that otherwise looks promising - and many more.

Direct Reporting Support. This idea is still rather fuzzy, and it can probably be realized in a first minimum version with few options - which have to fit the needs of most users! - to much more comfortable solutions with many options and possibilities. The purpose would be to generate complete reports as PDF files (or possibly other formats?) directly out of AthosGEO Blend. One thing that I do not like yet so much with this idea: It means reinventing the one or other wheel where I always prefer solutions that simply pass the job to another specialist - but still not too complicated for the user.

As a final remark I can already tell you that my own favorite is at the moment the short term planner, but I want to open the discussion here and ask for input from users and other interested people: Please share comments on my proposals, share additional ideas and give me your priorities! And if you have questions, please ask. As I said already, this is not a list of all that will happen during the next couple of months, but thanks to the money that was paid by licensees during the first year, at least some steps will certainly happen.